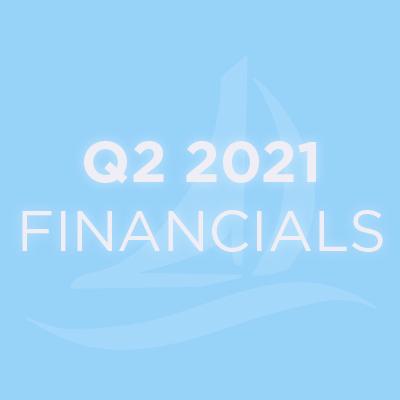 Commencement Bancorp, Inc. (OTCQX:CBWA) reported a quarterly net loss of $62 thousand, or -$0.01 per share, for the quarter ending June 30, 2021. The reported loss is the result of a $2.4 million provision to the Allowance for Loan and Lease Losses (ALLL) related to one defaulted credit. This net loss is the first recognized on the Bank’s financial statement in over a decade, and Bank management is pursuing all available avenues for recovery.

Total loans decreased to $386.2 million, or 7%, compared to $414 million in second quarter 2020. The reduction is attributed to forgiveness of Paycheck Protection Program (PPP) loans. Production of new core loans has remained strong despite the payoff of PPP loans.

Capital levels remain in excess of regulatory capital requirements, particularly on a risk-weighted basis, which have held steady throughout the pandemic. Leverage ratio has been impacted by the significant growth in assets that accompanied the PPP.

Liquidity remains abundant as significant deposit growth seen over the last year largely remains. Fiscal and monetary policies implemented to deal with COVID-19, and savings due to limited ability of businesses and consumers to spend their funds, have increased balances at many financial institutions. Much of this liquidity has been deployed to generate investment income, while balances remain to protect against funds flowing back into the economy during the eventual recovery.

“We are pleased with our continued growth and the overall performance of the loan portfolio. The process of lending money does not come without risk and we have been fortunate to avoid significant loan losses for many years. During the quarter, we identified a single commercial loan relationship as non-performing and made the conservative decision to allocate a substantial amount to our loan loss reserves. We are continuing to pursue all available options for recovery and are optimistic we will be successful in those efforts. Our team continues to grow the bank through our strong reputation in our communities and goodwill gained through the Paycheck Protection Program,” said John Manolides, President & Chief Executive Officer.

For further discussion, please contact the following: John E. Manolides, President & Chief Executive Officer | 253-284-1802 Thomas L. Dhamers, Executive Vice President & Chief Financial Officer | 253-284-1803 Forward-Looking Statement Safe Harbor: This news release contains comments or information that constitutes forward-looking statements (within the meaning of the Private Securities Litigation Reform Act of 1995) that are based on current expectations that involve a number of risks and uncertainties. Forward-looking statements describe Commencement Bancorp, Inc.’s projections, estimates, plans and expectations of future results and can be identified by words such as “believe,” “intend,” “estimate,” “likely,” “anticipate,” “expect,” “looking forward,” and other similar expressions. They are not guarantees of future performance. Actual results may differ materially from the results expressed in these forward-looking statements, which because of their forward-looking nature, are difficult to predict. Investors should not place undue reliance on any forward-looking statement, and should consider factors that might cause differences including but not limited to the degree of competition by traditional and nontraditional competitors, declines in real estate markets, an increase in unemployment or sustained high levels of unemployment; changes in interest rates; greater than expected costs to integrate acquisitions, adverse changes in local, national and international economies; changes in the Federal Reserve’s actions that affect monetary and fiscal policies; changes in legislative or regulatory actions or reform, including without limitation, the Dodd-Frank Wall Street Reform and Consumer Protection Act; demand for products and services; changes to the quality of the loan portfolio and our ability to succeed in our problem-asset resolution efforts; the impact of technological advances; changes in tax laws; and other risk factors. Commencement Bancorp, Inc. undertakes no obligation to publicly update or clarify any forward-looking statement to reflect the impact of events or circumstances that may arise after the date of this release.